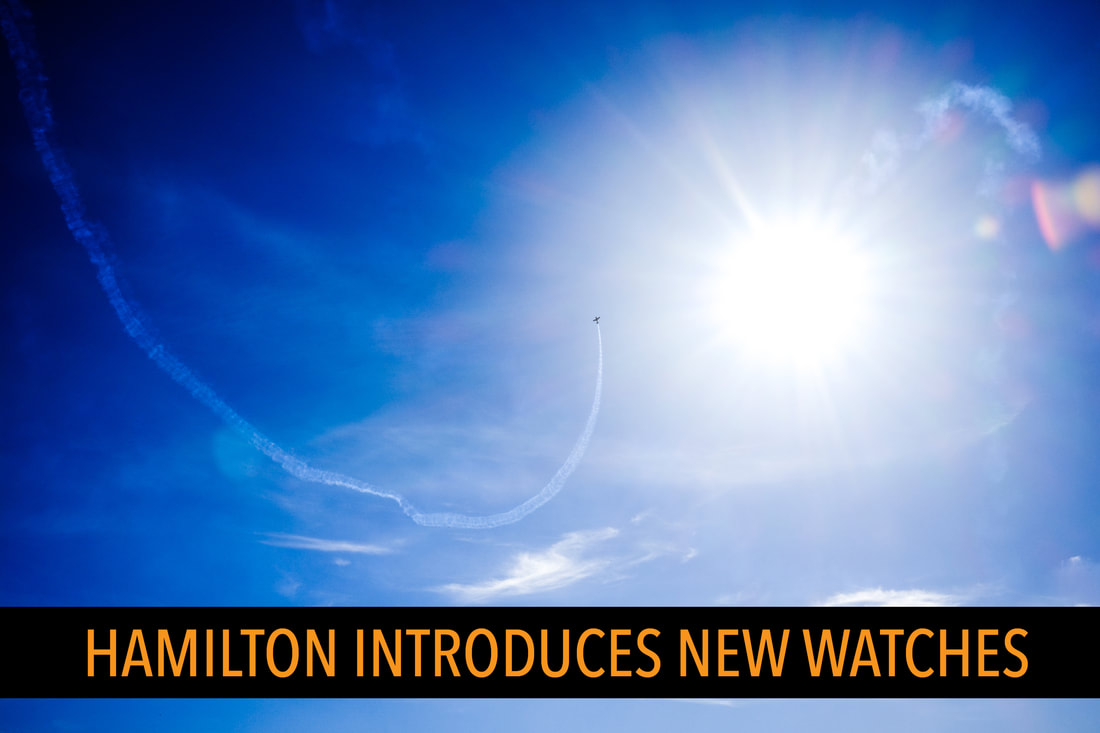 ​Today Hamilton is more renowned for its involvement and expertise in aviation and cinema watchmaking.

During World War II, Hamilton ceased all civilian production and focused entirely on their military contracts. Their most impressive feat during this era, was the develepmont and production of 10.000 ultra-precise marine chronometers. Hamilton received the US Army’s E-award twice for their groundbreaking work. ( E for Excellence ). In the Navy collection we find one new special edition watch :
Khaki Navy Scuba Syroco Special Edition : Automatic | 40mm | Stainless steel 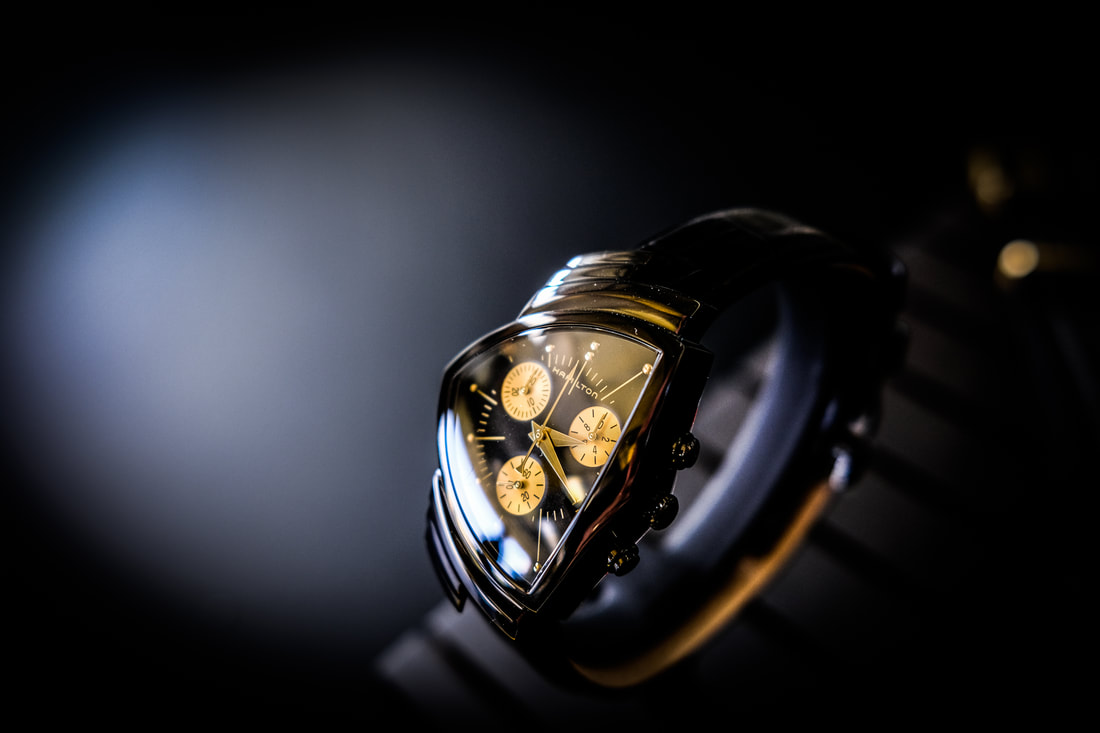 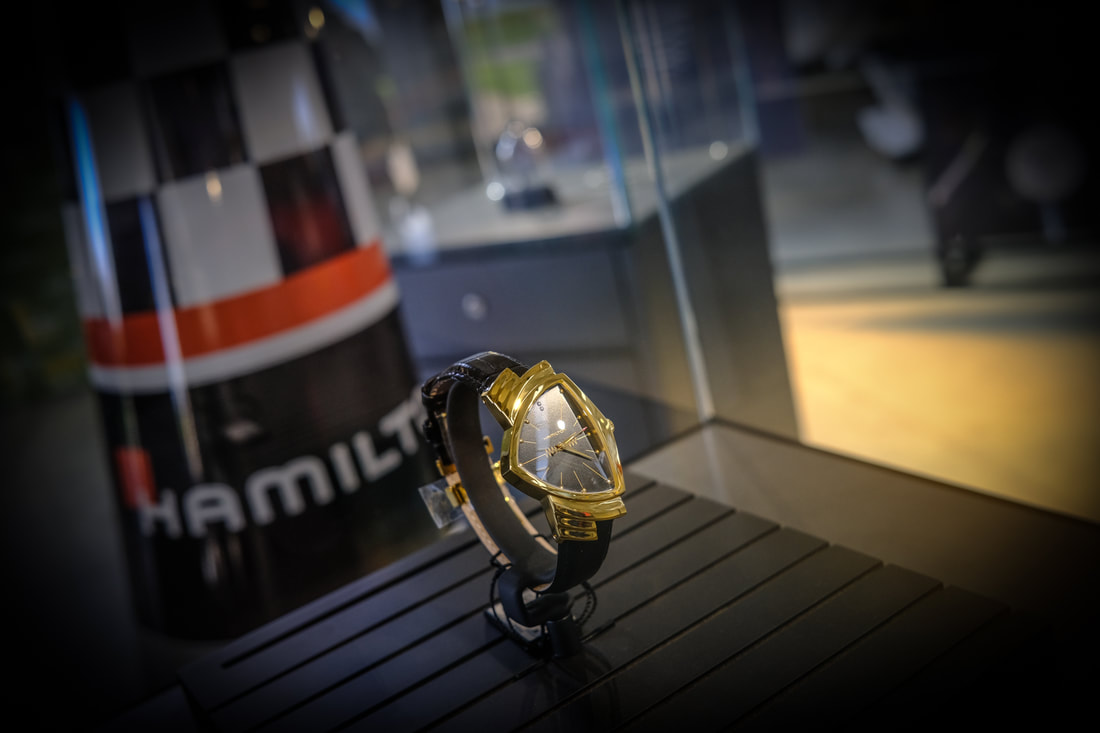 The Hamilton watches that speak most to our imagination are certainly the custom-made cinema watches. Featured in blockbusters like TENET, Men in Black, Predators, The Martian, Green Lantern … to name just a few. Hamilton’s motto : “Imagined by filmmakers, made by engineers”. The most iconic watch : the Ventura ! Unveiled in January 1957, after a decade of research and development, the Ventura was the first electric watch movement ever, running on a tiny battery, a product at the edge of technology with an according avant-garde triangular shape design. Its biggest fan : Elvis Presley ! Elvis not only wore the watch in “Blue Hawaii” bust also gave them to friends and family as gifts. A black PVD with gold dial inserts, is added to the Ventura line-up.
Ventura H24402730 : Quartz | 32,3mm x 50mm | Black PVD

Kick-off of the press event at the ULM Baisy-Thy airport in Belgium, is a breathtaking acrobatic aerial display by Hamilton ambassador Nicolas Ivanoff. Known as “The Quick Corsican,” Nicolas Ivanoff has been at the forefront of aerobatic flying for almost three decades. A former member of the French aerobatics team, he also helped Hamilton develop the groundbreaking KhakiAviation X-Wind Automatic Chronograph.

At the end of the press-event I was invited to board a delta-wing ULM. Once I got used to the vast emptiness beneath my feet at 500 meters above the deck, I can only agree with my pilot : this is the most pure form of aviation ! 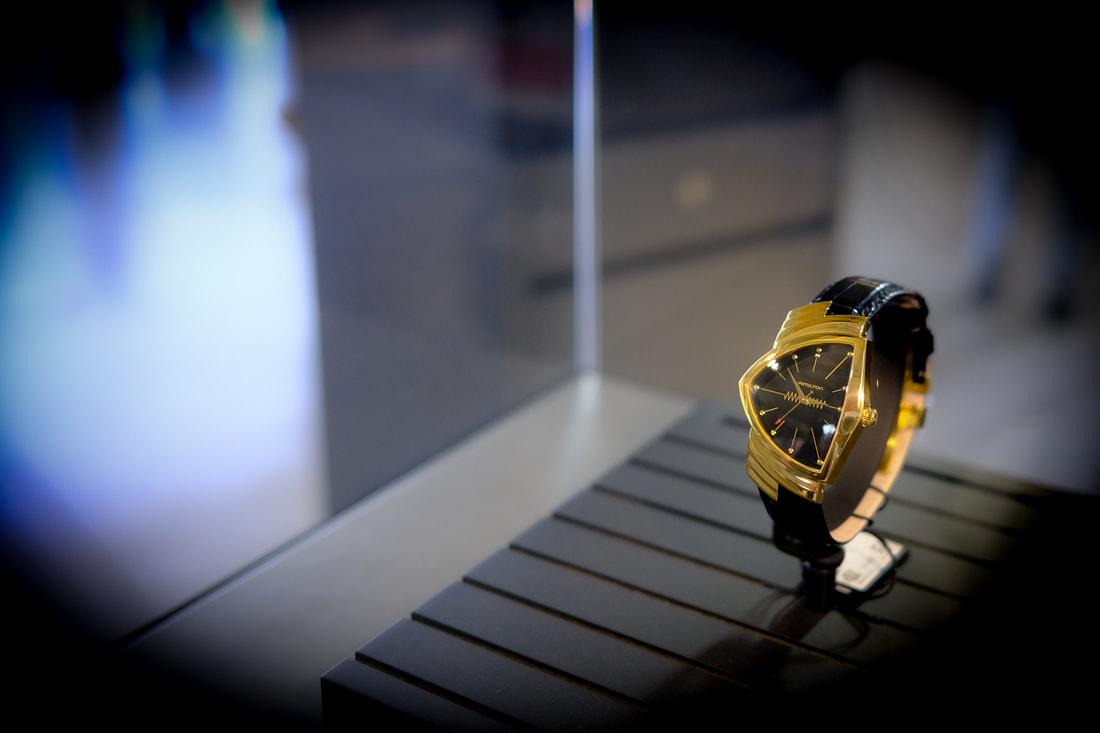